> The main activity of the company is production of fluid transfer

Kongsberg Actuation Systems, S.L.U. was established on July 6th, 1995 under the name Mckechnie España, S.A. The company is located in Epila, in the northern part of Spain (50km outside Zaragoza). The plant is located in an industrial area outside the village. 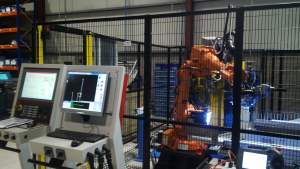 Zaragoza is an important automotive industry area, located between 300-400 km from the main OEM factories in Spain.

Productive activity grew rapidly due to the production of components for other companies in automotive industry, such as SEAT, VW, FORD, attracted by good service company.

In 2001 it was acquired by Teleflex, an American manufacturer with presence mainly in the medical sector. Thus, the Epila plant became Teleflex Fluids Systems, S.A.  increasing the number of customer and turnover. In 2007, the complete division was acquired by the Kongsberg Automotive, becoming Kongsberg Actuation Systems, S.L.U.

Our customers are leading vehicle manufacturers on the market, among others, FORD, JLR, DAIMLER, VOLVO, DAF, SCANIA, JOHN DEERE… The main part of the production is exported.

Kongsberg Actuation Systems, S.L.U. is certificated with ISO TS 16949 and ISO 14001, which prove the high quality, productivity, competitiveness and continuous improvement standards of the products.

Measured by revenues Kongsberg Actuation Systems, S.L.U. with its EUR 35 million in 2012 sales, was among the top  4,000 Spanish companies and among the top 50 in the industry.