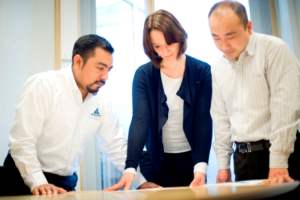 The first city office in the Norwegian capital, Oslo, was opened in 2010 and in 2013 the office moved to a building close by with more modern offices and meeting facilites. Lysaker is primarily known as a business and trade area, and a public transport hub.

By car: Lysaker serves as the major transport hub in the western part of Greater Oslo, close to E18.

By train: The main railway line from Oslo to southern and western Norway stops at Lysaker station. The Oslo Airport Express trains stop and leaves Lysaker station every 20 minute.